Renishaw will be exhibiting its advanced engineering products at the Engineering Design Show 2012 from 10 – 11 October at the Jaguar Exhibition Hall in Coventry, UK.

Renishaw will be exhibiting its advanced engineering products at the Engineering Design Show 2012 from 10 – 11 October at the Jaguar Exhibition Hall in Coventry, UK. Products on show in hall 2 stand D85 include additive manufacturing systems for creating fully dense metal parts direct from 3D CAD, and position encoders for a diverse range of linear and rotary motion applications. 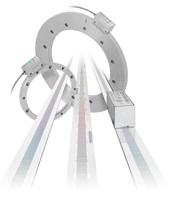 Renishaw is a world leader in position encoders and will highlight its latest products, including new variants of RESOLUTE™, the world's first true absolute encoder which is capable of 27 bit resolution at 36,000 rpm and resolution of just 1 nanometer at up to 100 m/s, for both linear and angle encoding applications.

New models include RESOLUTE™ ETR, a variant of this market leading absolute optical encoder with extended temperature range that allows it to operate in very cold environments such as aerospace and observatories. Three new protocols have also been added recently including one for the Mitsubishi Melservo-J4 range of servo amplifiers, which are regularly used in industries such as electronic assembly, and Fanuc serial communications for linear encoding in the machine tool industry. 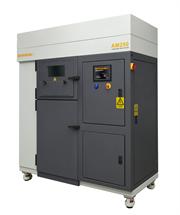 Also on show at Engineering Design Show will be Renishaw's AM250 laser melting system utilises a pioneering, additive manufacturing process capable of producing complex metal parts direct from 3D CAD, using a high-powered fibre laser. Parts are built from a range of fine metal powders that are fully melted in a tightly controlled atmosphere, in layer thicknesses ranging from 20 to 100 microns. Laser melting has already developed a presence in the medical (orthopaedics) industry as well as the aerospace and high technology engineering and electronics sectors.